Taking Care of Clients Since 2001

Whether you need help in a civil matter or a trial lawyer by your side, we are here with you, explaining your options and seeking solutions.  We represent clients charged with DUIs, misdemeanors and felonies and we understand the impact of a criminal record.

Being charged with a crime is a serious matter. Even traffic citations and DUIs have potential serious consequences. For the best outcome, turn for legal help from the Law Offices of David Crawford. Attorney David Crawford is an experienced criminal defense attorney who has successfully helped many clients with reduced charges, parole instead of jail time, reduced prison sentence and dismissal of charges.

It’s not uncommon for folks to be driving down the highway excited about their destination and then to hear the telltale sound of a police siren. Twenty minutes later, you’ve got a hefty speeding ticket. From red light tickets to speeding tickets, attorney David Crawford will work hard to: 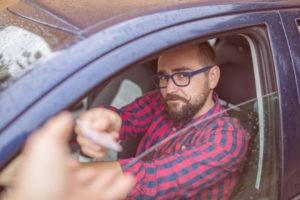 Getting a DUI comes along with many potential consequences, including loss of license, possible jail time and a criminal record. But just because you’re charged with a DUI doesn’t mean that you are automatically guilty. As an experienced DUI criminal defense attorney, David Crawford will weigh the evidence against you and build a strong case. He will explore every avenue to help avoid a conviction. For example, if you took the breath test on a sloped wide of a roadway, your rights may have been compromised. And if you had an existing physical impairment, it may have negatively affected your road side test. It’s also not uncommon for breathalyzer to deliver flawed results. The equipment may have been faulty. In addition to developing a strong defense strategy, attorney David Crawford may be able to get the DUI charge reduced to reckless driving.

Attorney David Crawford also provides legal representation for other types of crimes, such as assault, robbery and trespassing. During the discovery phase, he gathers all of the facts, such as witness statements, crime scene photos and ballistic reports to develop his defense strategy. And in the courtroom, he’s an aggressive litigator before the judge and jury.

Whether you’re facing a DUI, speeding ticket or other criminal charge, turn to the Law Office of David Crawford for the best outcome.

David handles a large number of traffic offenses such as:

(a) The driver of a motor vehicle shall not follow another vehicle more closely than is reasonable and prudent, having due regard for the speed of such vehicles and the traffic upon and the condition of the highway.
(b) The driver of any motor vehicle which is drawing another vehicle when traveling upon a roadway outside of a business or residential district and which is following another motor truck or motor vehicle drawing another vehicle shall, whenever conditions permit, leave sufficient space so that an overtaking vehicle may enter and occupy such space without danger, except that this shall not prevent a motor truck or motor vehicle drawing another vehicle from overtaking and passing any like vehicle or other vehicle.
(c) Motor vehicles being driven upon any roadway outside of a business or residential district in a caravan or motorcade whether or not towing other vehicles shall be so operated as to allow sufficient space between each such vehicle or combination of vehicles so as to enable any other vehicle to enter and occupy such space without danger. This subsection shall not apply to funeral processions, parades, or other groups of vehicles if such groups of vehicles are under the supervision and control of a law enforcement agency.
(d) Vehicles which approach from the rear any other vehicle or vehicles stopped or slowed to make a lawful turn shall be deemed to be following for purposes of this Code section.
(e) This Code section shall not apply to the operator of any non-leading vehicle traveling in a coordinated platoon. For purposes of this subsection, the term “coordinated platoon” means a group of motor vehicles traveling in the same lane utilizing vehicle-to-vehicle communication technology to automatically coordinate the movement of such vehicles.

This basically means that if you see flashing lights, you should move over to the side of the road.  If you cannot move over, slow down significantly to avoid striking anyone who may enter the roadway.

Georgia has a law against texting while driving.  You can read more about the  hands free law here.

Georgia’s traffic laws are criminal offenses.  That means if you are cited, ticketed, or arrested for a driving violation, and you do not pay it or show up to court, a warrant will be issued for your arrest.  However, there is no need for things to go this far.  Contact our office for a case review or upload your citation on our contact page.

Driving Without a Valid License

Georgia is serious about slowing down speeders.  The Super Speeder Act can seriously impact your driving record as well as cost you hundreds in fines.  If you receive a citation for a speeding offense in Georgia, it’s wise to try and get that reduced.  Contact us here to upload your citation.

No Proof of Insurance/No Insurance

Georgia requires that all drivers carry auto insurance.  A citation for failure to carry insurance can result in the loss of your license because if you are convicted, your license will be suspended.

This charge applies to whatever vehicle you are driving – not just your own.  Thinking you can just pay and plead guilty will result in the suspension of your license.  However, there are several ways that an experienced attorney can help you with this charge.  Contact us if you are cited for driving without valid insurance.

Obtaining a CDL in Georgia has many requirements.  If you receive a driving violation under your CDL, this can affect your job, finances and license.  Contact us so David can work with you.

Georgia has many other driving laws.  If you have received a citation for any of these or the ones listed above, it is wise to reach out to an experienced traffic attorney before you make a decision to pay or go to court unrepresented.  Many times these citations/tickets can be reduced or even dismissed, saving your money, time and points on your driving record.